Boundary-breaking performance with the M2 Pro or M2 Max chip. 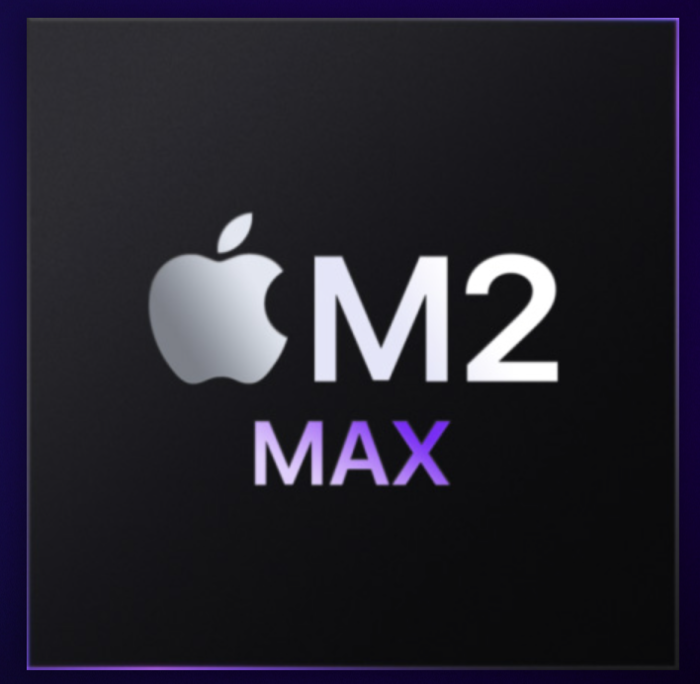 All-day battery life — up to 22 hours.1 A stunning Liquid Retina XDR display. All the ports you need. And superfast Wi‑Fi 6E.2

M2 Pro
M2 Pro takes pro performance to the next level. With over 40 billion transistors — 20 percent more than M1 Pro and twice that of M2 — the M2 Pro chip brings even more speed and efficiency to everything you do. And with double the memory bandwidth of M2, running multiple pro apps is incredibly fluid.

M2 Max
M2 Max goes even further. With up to 96GB of unified memory, M2 Max shatters the limits of graphics memory in a laptop. It’s packed with a staggering 67 billion transistors — 10 billion more than M1 Max and over three times more than M2. And it delivers twice the memory bandwidth of M2 Pro and four times that of M2.

Up to
96GB
unified memory
400GB/s
memory bandwidth
Better. And better. M2 Pro and M2 Max CPUs leverage additional performance cores and efficiency cores — up to 12 CPU cores total — so you can do more while using very little power. Up to 38 GPU cores deliver a leap in graphics performance. And the faster 16‑core Neural Engine can execute up to 15.8 trillion operations per second.